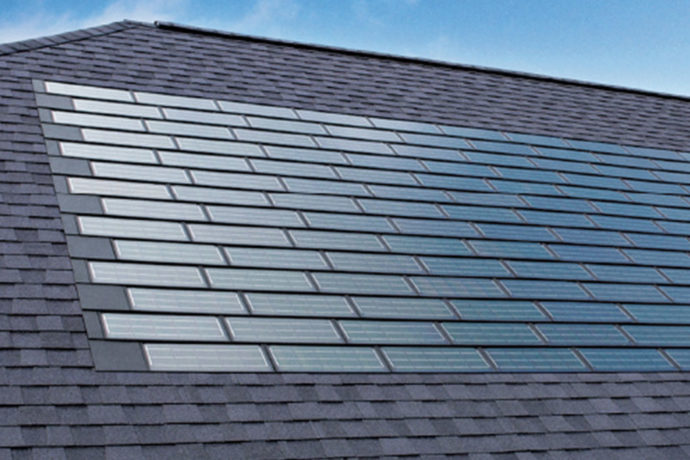 The design is quite simplistic, and if you’ve been around the renewable energy block, you should know that these solar shingles can be viewed as one solar cell unit. Each solar cell unit has a photovoltaic cell inside which is made up of silicon as the semiconductor. The solar shingles unlike the panel that houses the solar cells are in the form of a tile. Hence the roof from top to bottom is covered by solar shingle tiles. The shingle tiles replace regular tiles and also increase the overall surface area over which solar energy from the sun falls on. In the case of solar panels; the biggest hurdle is to have enough solar panels to generate electricity, and they can often be extremely chunky to place on the roof. But the tiles completely eradicate the need to have large equipment on the roof thus giving you more space on the roof to work with.

The biggest obstacle to solar shingles was their poor electricity conversion rate, but that has greatly been overcome due to the advancement of technology. The rate of conversion has increased from 10% to over 20% in the last decade, and experts believe that rate is only going to go higher with newer technologies being added to the solar shingle.